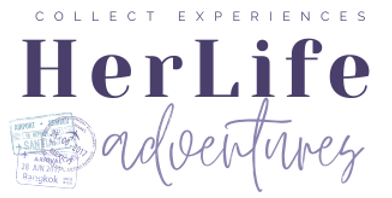 The month of May has been absolutely insane for me. For starters, it’s my 30th birthday month (HUGE, I know).  For whatever reason, turning 30 always scared the hell out of me. I even came up with a 30 Before 30 List of things I wanted to accomplish before the big day (I did pretty awesome).

I spent a good portion of the last 6 weeks (End of April- May) living out of either a suitcase or a backpack. Sleeping in tents, hotels, airports, and cabins. Traveling back and forth across the country….twice. First time by plane, second time was by plane AND moving truck. I explored my first European country. Then before I beat the jet lag, I took another road trip over Memorial Day weekend. This time across my home state of Michigan. So this all translates to: I’ve had absolutely no time to write about each of the adventures individually (which I intend on doing).

Meanwhile- I came to the realization that the last 6 weeks was one giant adventure, made up of back to back mini adventures! Here’s a recap, with a super awesome picture from 10 places I visited this spring.

I started out in LA for work the last week of April- and it’s been a giant blur since.

I was home for 48 hours after I got home from LA, in which time I attended a baby shower, and a birthday party. Then it was off to Chicago, where I stayed for less than 24 hours to start the next mini adventure.

We left Chicago EARLY, and started the long drive across the country to Seattle. We drove through four states before we made it to our first stop.

We were in South Dakota after 12 hours (not including stops). Arriving at night- we set up camp and spent the night at a campground inside the park. Check out my full post on Badlands National Park for more details!

The drive from Badlands to Mount Rushmore was only about an hour or so. The stop helped break up the long drive we still had ahead of us- and it was pretty cool to see the National Monument I never in a million years anticipated I’d see.

We drove another 8 hours into the state of Wyoming. I really struggled choosing just one picture for these next two stops. Grand Teton National Park was incredible. We spent a day exploring the park and fell in love with the snow-covered peaks. We crashed at a hostel inside the park (no campgrounds were open this early in the season).

We camped for the next two nights in the colorful world of Yellowstone. Only the west half of the park was open during our time there. Thankfully the Grand Prismatic spring was accessible (I had pre-warned Grace I might lose my shit if I missed it).

The last 12 hours of our trip from Yellowstone to Seattle took us through 3 more states (Montana, Idaho, Washington). When we finally arrived in Seattle, I had 24 hours there before my flight home. Check out my post on The Perfect Weekend in Seattle for more details on this amazing city.

After being on the road for a week, I was looking forward to coming home for a few days. I was going to be home for FIVE WHOLE DAYS before we left on the next trip. Check out my post on The Perfect Weekend in Detroit for a local’s guide on my favorite city.

The entire week, Logan and I planned on leaving for Iceland Saturday night (the day before Mother’s Day). We made plans with our families, put off laundry and packing (we had all day Saturday after all) and figured we’d get through the work week and worry about everything Iceland on Saturday.

Friday night I double checked our tickets and realized, our flight actually departs at 12:30 THAT NIGHT! We now had 4 hours to drop off the dogs/do laundry/clean the apartment/pack our bags/get to the airport…

I planned my Iceland trip almost 5 years ago. It was always the #1 spot on my list of places I wanted to go- I just never seemed to make it there. Well after 5 years of waiting… I finally made it! My favorite travel crew and I set off on a week long road trip around the country that ended with my 30th birthday hike to the bluest waterfall I’d ever seen.

We got home from Iceland exhausted and jet lagged. At this point the constant traveling was beginning to catch up with me. I’d been in so many different time zones the last couple weeks, I had no idea what day it was, what time zone I was in, or if I should be awake or sleeping (Iceland never got fully dark at night, so our sleeping schedules were all sorts of messed up.)

After spending a few days at home recovering and starting to sort our life back out, next thing we knew- the week was over, and it was Memorial Day weekend.

I spent my Memorial Day weekend with Logan and the fur babies “up north” in the U.P. (Upper Peninsula, MI) We spent time relaxing at our camp site, grilling, and playing tourist in our own state. We stayed at Indian Lake State Campground which was only 15 minutes from Kitch-iti-Kipi, and an hour from Pictured Rocks National Lake shore.

Adventurers Guide to One Week in Quintana Roo3K Total Shares